I decided when I was 11 that I needed a tri female rough collie.  After searching, we found a breeder within an hour of us.  Jackie let me pick from 3 of the tri puppies she had available.  I decided to name her Dixie, Hailey’s Heart of Dixie.  A year later Jackie introduced me to Junior Showmanship and I was hooked.    Dixie never loved the ring but she never complained either and was such  trooper until my visit to Southland. 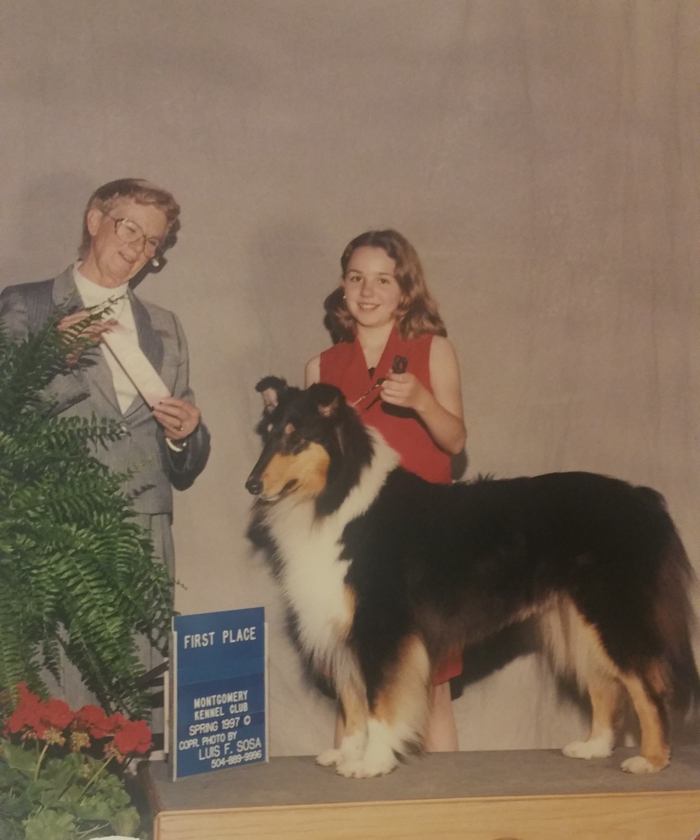 I went to Southland with Dixie’s breeder, she was picking out a male from a repeat breeding of a spectacular litter.  After arriving it was brought to our attention that there was another puppy, a blue boy, that was available.  He came home with me as my first show prospect.  Dillon turned out to be a phenomenal JRs dog.  He was a great first dog, I so wish I had been able to utilize  him as he deserved. 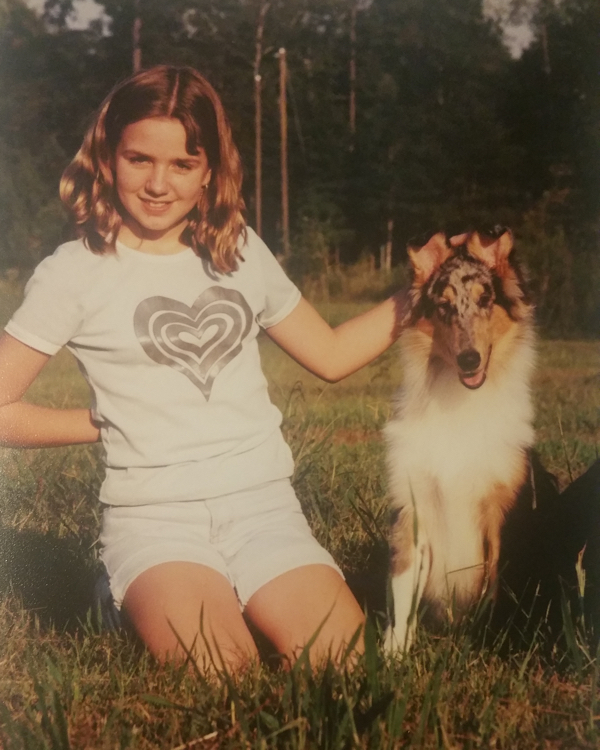 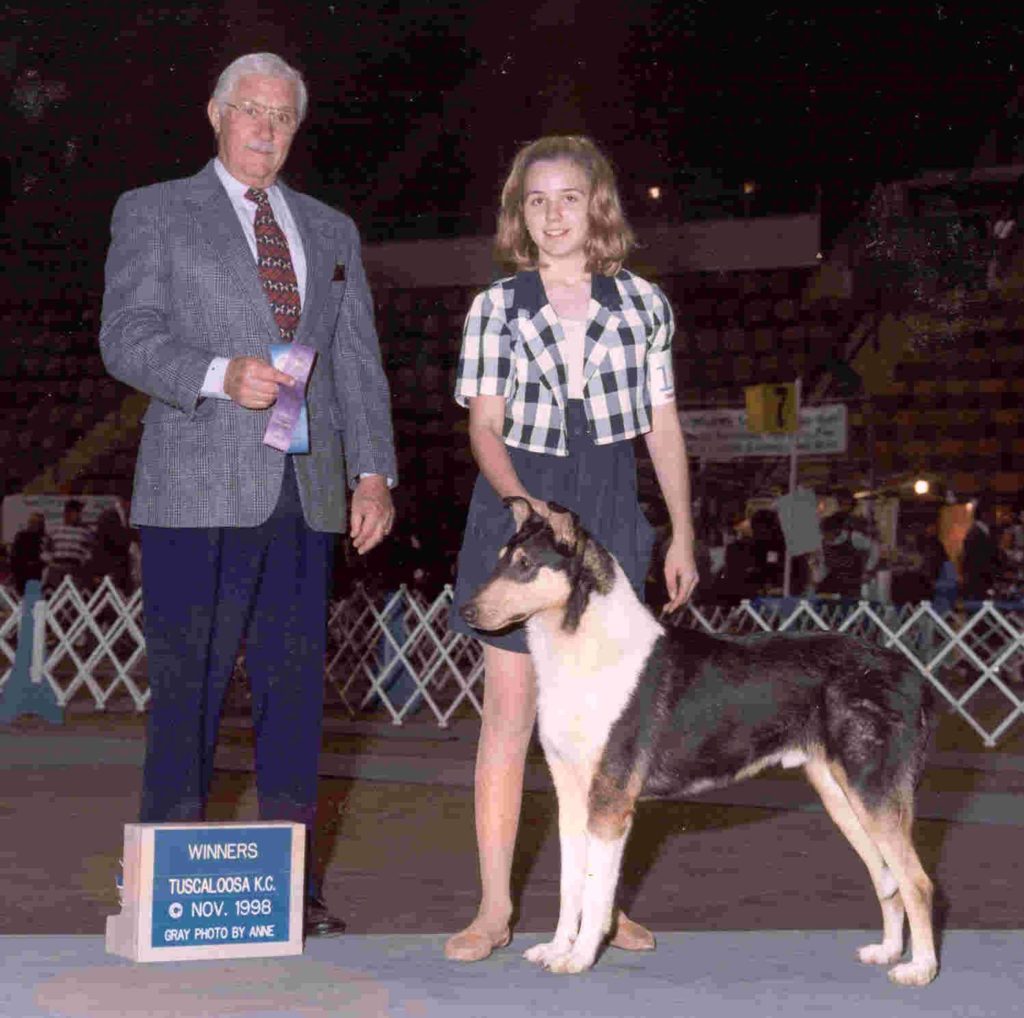 Maverick was  my first smooth and my first champion.   His sister went Winners Bitch at the National in 1998. 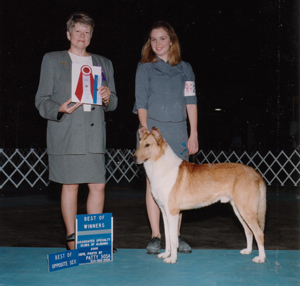 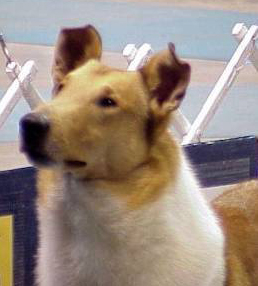 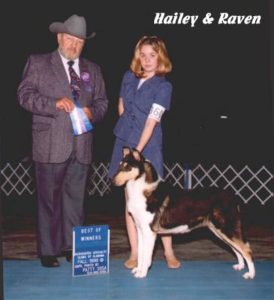 CH Roselyn’s Raisin’ the Stakes    “Kane”  finished from the Bred-by class and I received my first Bred-by medallion.

4 others from that litter finished. 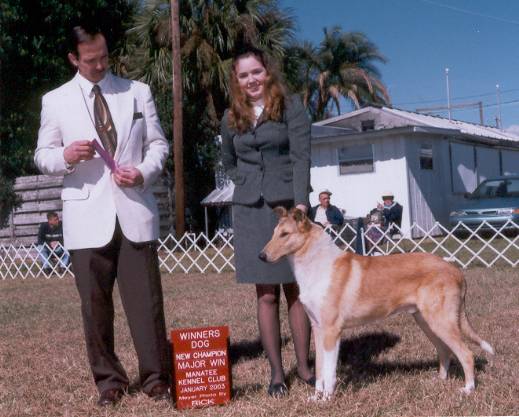 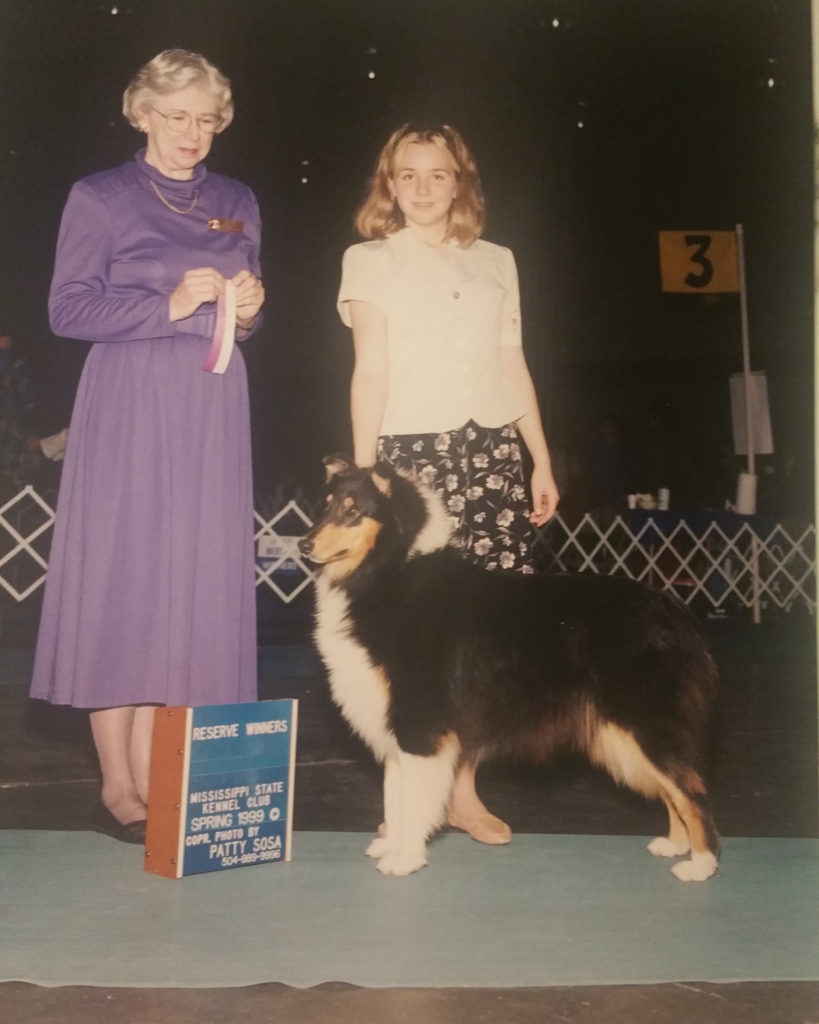 Briana was one of my heart dogs early on.  She was so close to finishing when we lost her unexpectedly.  It was losing her that brought Tease into my life in 2001. 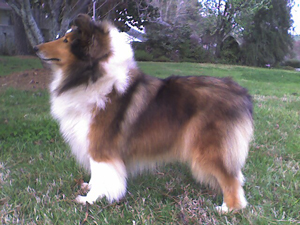 “Tease” was a very special girl and was a double granddaughter of Ch Fantasy’s Bronze Talisman “Brandon”.  She was going to be my foundation for Avondale.  She gave me a beautiful litter of all girls, sired by Ch Southland’s Fort Sumter.  When it came time to breed Tease I knew the direction I wanted to take her.  I had my eye on Ch Southland’s Beyond the Glory, but he was up north being specialed.  In 2006, I took a trip to Southland again and decided Sumter was the right boy.  He was sired by the beautiful Ch Southland’s Bowen Island and out of Bowens litter sister, Ch Southland’s Beach Party.   Due to family commitments and the loss of our son we took a break from breeding and showing.  Her daughters were beautiful but regretfully were never bred. 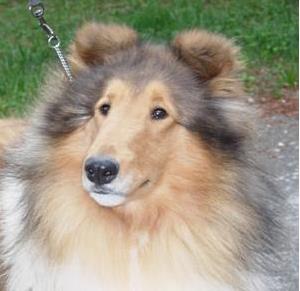 Avondale’s All Dolled Up 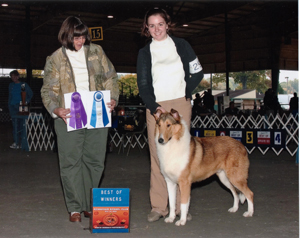 Ch Barksdale Beneficiary x Ch Accolade’s to Laurelridge   Cartman was a very special boy.  He was never happier than in the ring and was a dynamite show dog.  He finished with specialty and all breed majors and made it to the final cut of the 2007 CCA specials. Not the easiest dog to live with he taught me so much.  He was my last smooth until Aurealis Thru the Looking Glass “Alice” came into our lives in 2018. 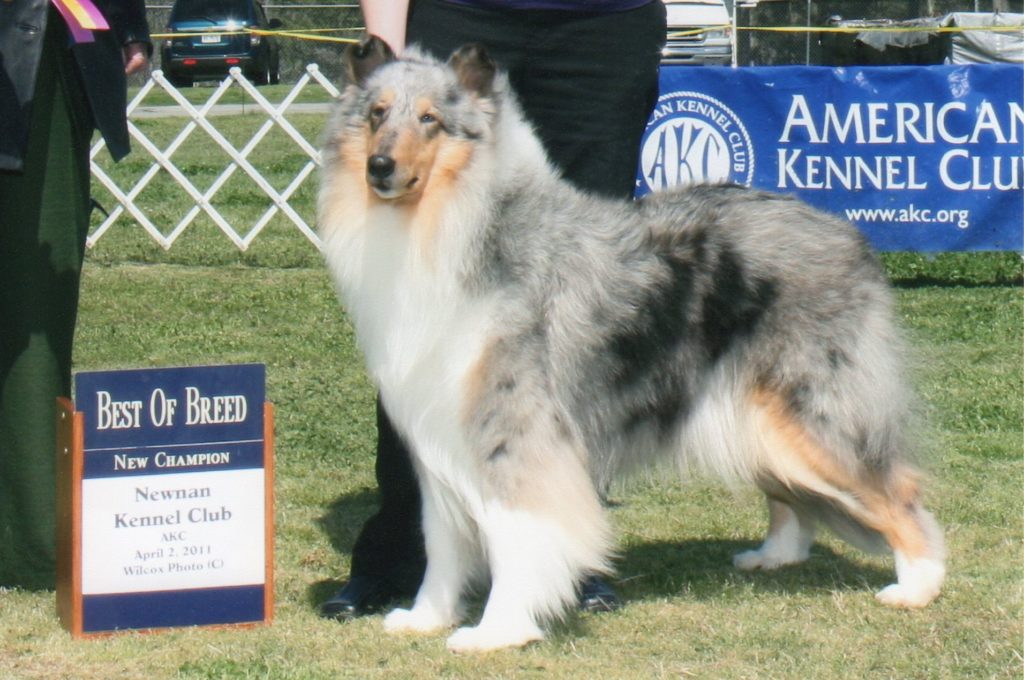 “Lyra” finished owner handled in 2011 after having a beautiful litter of 4 blues for her breeder/co-owner. 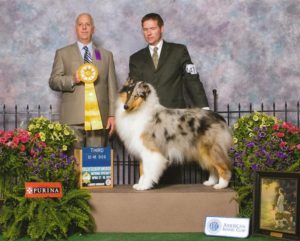